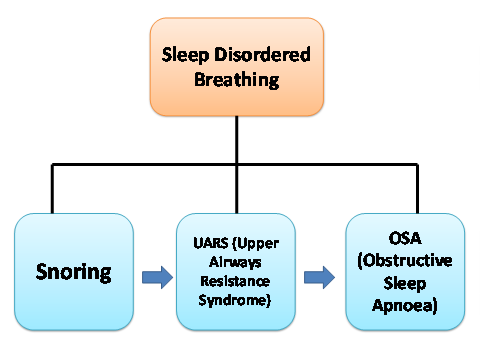 Snoring is not normal in anyone. Snoring is usually due to an obstruction of the airway in either the nose or throat. As the body attempts to move air past this obstruction, the tissues vibrate against each other, producing the snoring sound. It is estimated that 45% of men and 30% of women snore on a regular basis.

People who snore have a higher risk of heart disease, stroke and atherosclerosis (plaque buildup in the arteries). Snoring can also cause headaches, orofacial pain (such as TMD), fatigue and reduced work performance. Snoring can also annoy and disrupt sleep quality of bed partners. Many couples, who sleep with a snorer, tend to sleep in separate bedrooms.

If left untreated, snoring will gradually lead to much worse sleep breathing disorders that can completely stop you from breathing (e.g. Obstructive Sleep Apnoea). 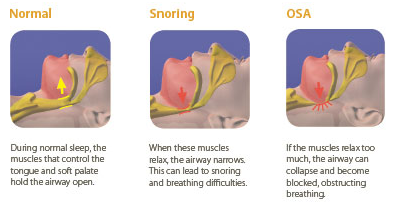 What is Teeth Grinding and Clenching (Bruxism)?

Teeth grinding (medically called Bruxism), is involuntary jaw movement resulting in forceful contact between the upper and lower teeth. It can sometimes create a grinding sound. Clenching is gritting of the teeth for a sustained period of time. Bruxism is also a cause, and symptom of Temporomandibular Disorders (TMD).

There are two types of bruxism.

Causes of secondary bruxism can include sleep disorders, airway obstruction, breathing difficulty, traumatic injuries, chronic pain, stress, anxiety, depression, drugs/medications, smoking, caffeine and alcohol. Since there are numerous causes of secondary bruxism, it is important for the treating doctor to screen and investigate these other factors.

Sleep bruxism has also been classified as a sleep related movement disorder by the American Academy of Sleep Medicine since 2005. Many dentists do not recognise sleep bruxism as a medical sleep disorder, and thus, treat it incorrectly.

Bruxism has been associated with snoring, OSA and other sleep disorders. In snoring or OSA, when the jaw collapses back and blocks the throat (airway), the brain panics and sends messages to thrust the jaw forward. In doing so, the teeth start grinding, all to help you breathe. 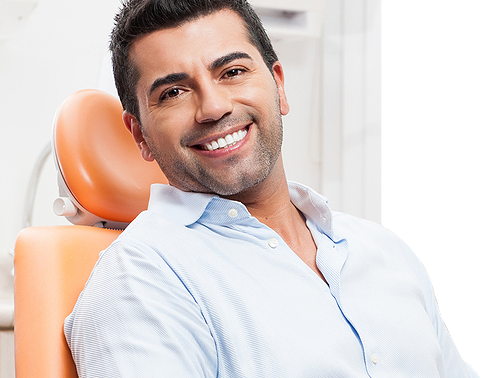 We’re here to help you

Get in touch with us today to request more information about our cosmetic services and schedule a consultation with a cosmetic dentist in Donvale.